Part 1: How To Set And Crush Seemingly Impossible Goals

I took a few days out to spend some precious time with my family, and it’s been great to really appreciate the most important thing in life; the people that I love. Here I am sporting the cheesiest grin in the world while going for a walk with my younger brother Jason, and with my Mum: 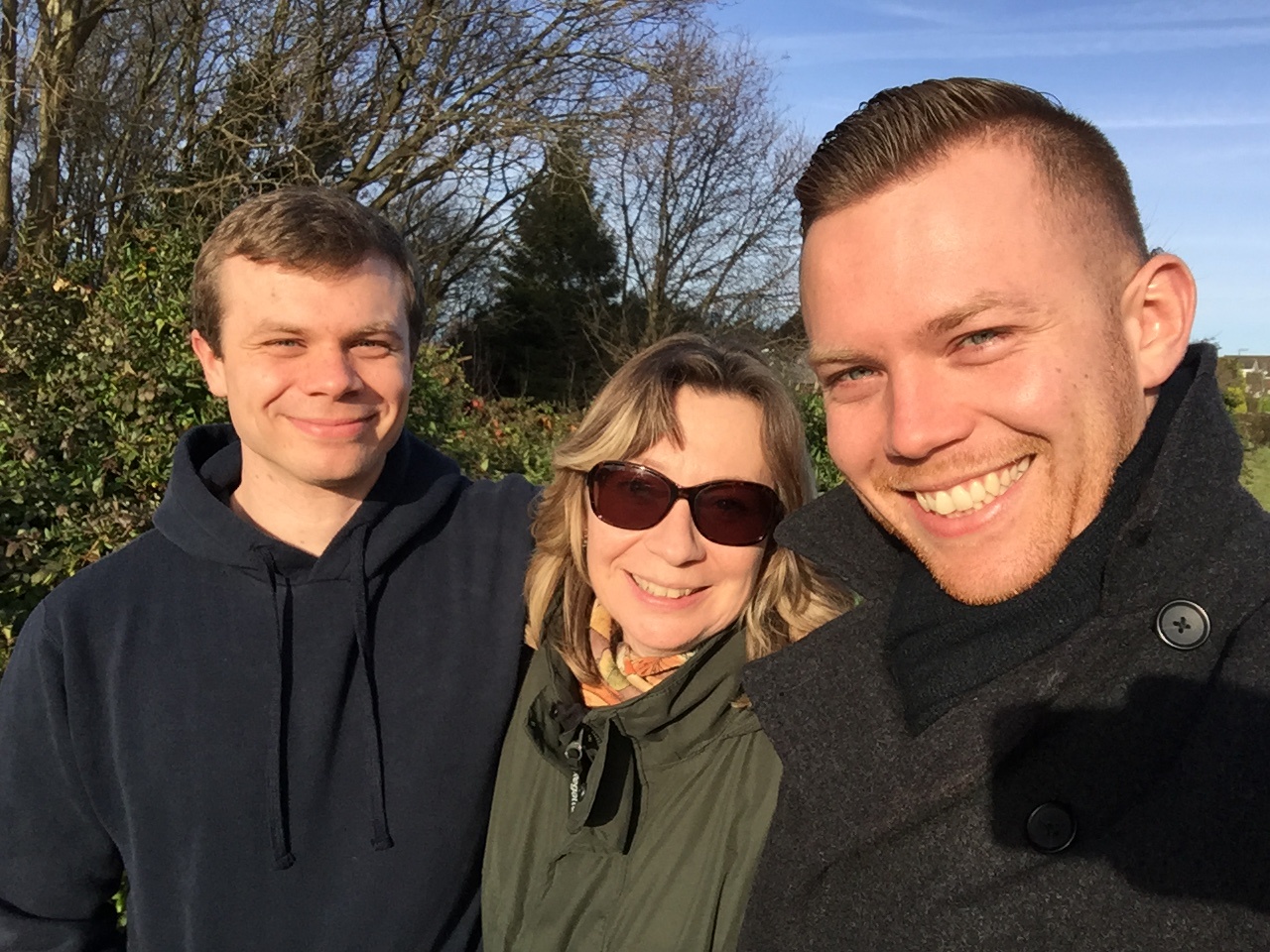 However I’m writing you this post today because as we start getting closer to the end of the year, we all generally start to focus more on our goals and what we want to achieve in 2017.
In part 1 (This part) I’m going to give you the foundation of my goal setting strategy, and in part 2 (On the 31st December) I’m going to give you my Excel spreadsheet detailing how to break down exactly what you want to achieve, and how to give yourself the best possible chance of achieving it in the shortest possible time.
I’ve built this strategy through studying various masters of goal setting (Brian Tracy, Zig Ziglar, Tony Robbins, and way too many more to list), through years of practice in my sales career, and now through running my own business as well. This is all tried and tested stuff.

How to set goals properly

The biggest mistake that I feel people make with setting goals isn’t setting them too high and missing them, it’s setting them too low and hitting them. People often set goals based on their current circumstances, in other words based on their realm of capability as they perceive it right now. By doing this, they never push themselves out of their comfort zones and force themselves to grow, opting instead to stay safely hidden below a glass ceiling that they’ve put above themselves.

I like to follow the 10x rule, which is to set my main goal(s) 10x higher than I feel is comfortable.

Imagine you set a goal to increase your income by £10k per year by this time next year. It’s a nice pay rise, but let’s be honest; it probably isn’t going to be that hard. You could work towards a single promotion, you could increase your sales by a small fraction (If you’re on commission), you could ramp up your team’s performance, or various other things to give you a bit of a higher salary with the same company.

But of course if you set this goal and miss it by £50k at the end of the year, you’re still £40k better off than if you only set the £10k goal and hit it, plus you’ve pushed yourself to the next level.

It’s all well and good setting goals that seem nearly impossible to hit, but if that’s all you do then it’s extremely unlikely that you’re going to magically hit them. You must have a plan of how to get there, broken right down into daily activities. This means that every goal must also have a time frame as well; a date that you’re going to achieve that goal by.
The way to figure out your plan, is to work backwards from your end goal and write down each benchmark or “checkpoint” that you’d need to hit to move your forwards to the next stage. Do this until you get all the way back to your starting point, which is your current circumstances today. This is why a time frame is so important.
So for example let’s say you’re a sales person earning £60k per annum on a £30k base salary, and you want to increase your salary by £100k to a run rate of £160k. To do this you’d need to sell £1.3million revenue @ 10% commission on top of your base salary of £30k, which is £108,000 revenue per month. If your current company doesn’t support this model, then it’s time to start applying for higher paying sales companies that do.

So you decide to give yourself 2 months to start a new career with a new company, meaning that you need to secure a position in 1 month if you’re giving 1 month’s notice at your current place. Assuming a 2 week cycle for first and second interviews, and assuming you get offered 1 in 5 roles you apply for, you’re going to need to line up at least 5 interviews over the next 2 weeks. Better start messaging some high end recruiters on LinkedIn…

A crucial rule to keep in mind when you’re planning this, is that there is no such word as “can’t”. You either find a way, or you find an excuse. If you’re creative enough, there is ALWAYS a way. If you can’t see the way, then it’s time to think outside the box until you find it.

After reading Gary Keller’s book “The One Thing”, I’ve incorporated his ideas into mostly everything that I do. Pareto’s principle says that 80% of our results come from only 20% of our activities, so if we can find a way to magnify and focus on solely those 20% of activities, we’ll be able to massively increase our results through no more time or effort.
If you haven’t got his book, you can grab it here:

So once you have your plan, the crucial question to ask yourself is “What is the ONE THING that I can do right now which will have the biggest impact on getting me the result that I need to achieve today, to keep me on track to achieve my yearly goal?”.
Then whatever that One Thing is, that is what you do. This is why the plan is so crucial. If you have clearly defined each step that you need to take to achieve the bigger picture, you can focus your efforts on the right activities to get you there.
Success isn’t one great feat achieved perfectly, it is several smaller feats achieved consistently. Rome wasn’t built in a day…

To break it down, the 5 essential components of successfully achieving goals are:
If you can do this effectively and stick at it, it really is as simple as following a recipe.

You can now read part 2 of this post right here.
Speak soon, and thanks for reading!
Cheers,
Dan